Her text was correct. With a day as warm as the Sicilian sun, Friday, April 20th was the absolutely the ideal day for ice cream. Had she not been texting me from so-very-far-away, my dear friend would have most certainly joined me for the first ever Cash Mob Dorchester as we descended upon The Ice Creamsmith in Lower Mills. 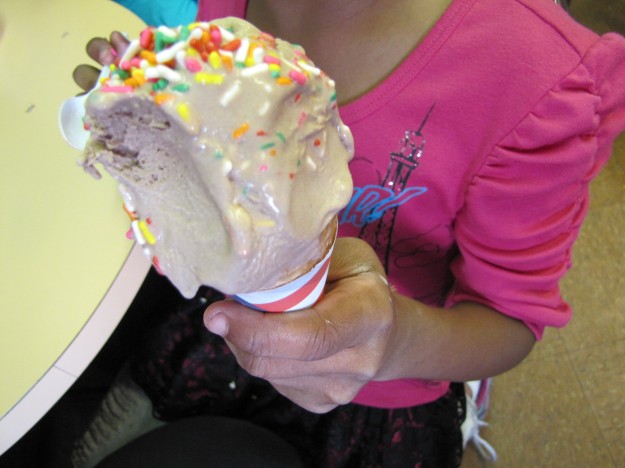 Just when I thought I was out, they pull me back in ... for more sprinkles.

I originally uncovered the event on Twitter. I had never done business with a Cash Mob, but the link from the Dorchester Reporter caught my eye, and by the end of the article I was ready to join my first mob — minus the ominous horse heads. Playing on the concept of a Flash Mob, in which strangers gather to perform, Cash Mob events are organized to focus on a local business; members show their support with a purchase. In a stroke of Godfather-esque brillance, the first ever Cash Mob Dorchester hit the landmark Ice Creamsmith for a molto-delizioso community event.

I want you to see what he's got under his fignernails.

Carlos Vargas, the local insurance agent who initiated Cash Mob Dorchester on Facebook has been posting about the event, along with tech savy Larry Marino, of Lower Mills Web Design:

“The Ice Creamsmith is a Dorchester institution that recently celebrated 35 years in business serving their delicious treats to residents of Lower Mills and beyond. Truly masters of the craft. They’re also very active in the community and have given jobs to more kids than any small business I can think of off the top of my head.” 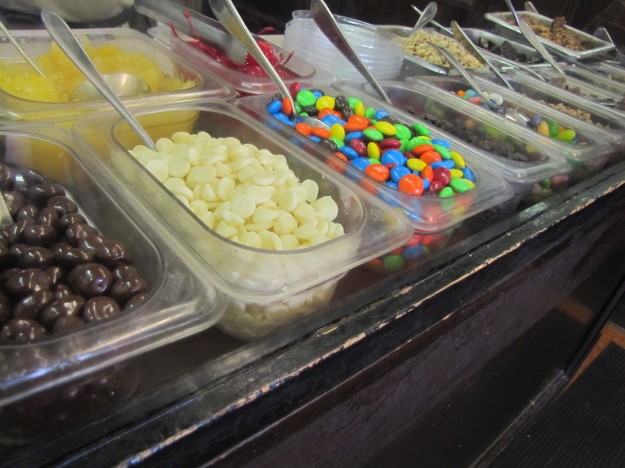 Keep your friends close ... but your Mix-in's Closer

The next Cash Mob Dorchester will go down on Thursday, May 3rd; it will be an “all day drop-in” event in Savin Hill, and in true mob fashion, the surprise location will be revealed on Facebook the morning of the 3rd. So far the Dorchester gang is 283 people strong, and has a healthy competition with its sister mob in Stoughton, also initiated by Carlos Vargas.

Dinner's on the Table

Someday, and that day most certainly has come, I’ll call upon you to do a service for me … and join a mob. The Family DottieHotties are loyal to the one here in Dorchester, but if you are so-very-far away like my dear texting friend, then become the mob boss of your own community … it’ll be an offer they can’t refuse. 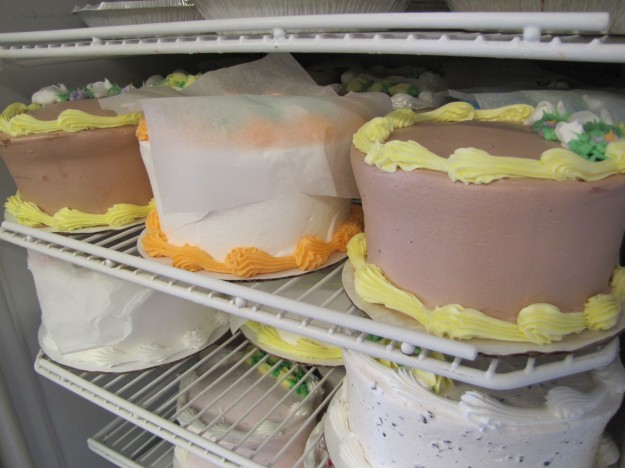 The Ice Creamsmith leaves the cannoli ... and takes the Cake!