“We should focus … Dorchester.”

Larry and I are a dangerous combination: we are both hilarious, we both have beautiful flowing tresses, and we both love to gab.  The gabbing part is what usually gets me and the realtor in trouble; on this particular evening, we are trying to talk about the neighborhoods of Dorchester, but keep getting sidetracked.  Have I mentioned the amazing paintings in his office? Or his cool new sign graphic? It looks like a fence AND a row of houses!

Larry Gettings of The Real Estate Group outside the Carruth, 1910 Dorchester Avenue

“We should focus … on Dorchester.”

I called my friend Larry Gettings of The Real Estate Group because I needed a geography lesson.  All this DottieHotties “discovering of Boston’s best kept secret” has highlighted my shortcomings in the Where is That? category.  As one of the top five real estate offices in Dorchester, I figured he and his business partner Milo Tavoliero could show me how to know a Hill from a Corner and Park from a Point.

I pulled up a chair in their Carruth building office, and was prepared to get to work.  Focusing … on the neighborhoods of Dorchester.  Innocently, I gave him a little DottieHotties history lesson.  It all started at Flat Black, the cafe also located at the Carruth.  Leslie, Meghann and I gathered at the cozy cafe for our first official meeting of the minds; two coffees and and a chai later our misson was born.

Naturally a conversation about Flat Black lead us to Tavolo, the Carruth’s neighbohood restaurant.  My mister and I had recently enjoyed their Spreadables appetizer and a moment of reverence for its whipped ricotta was held by all.

“We should really focus … on the neighborhoods … of Dorchester.”

An hour of frantic scribbling later, and we had made some progress.  We moved outside to take some photos and were met with a new challenge: Larry’s friendly demeanor.  As we circled the building, from his office towards the Ashmont T station, he greeted just each and every person that we passed.  As a resident of the Carruth himself, he is about as neighborly as they get. 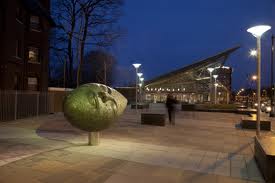 Eventually there was a lull in foot traffic, and I was able to take his portrait.  We bid each other a fond farewell, and I headed home.  As I unfolded my notes I realized three things.  First, I am really bad at focusing.  Secondly, these gentlemen really know how to highlight the amazing aspects of Dorchester and third, there was no way I was going to fit all of this into one post. 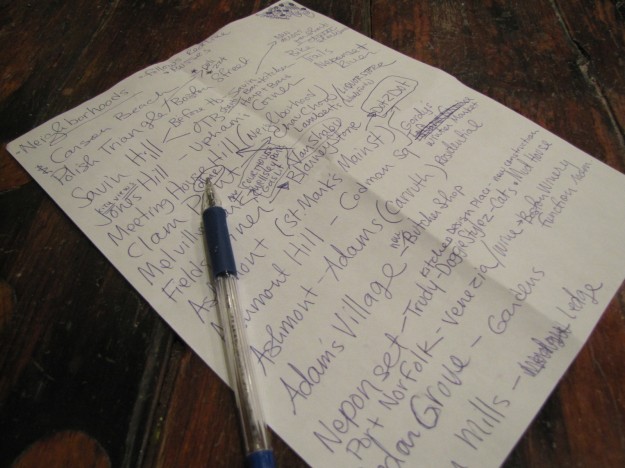 Each month, the DottieHotties will focus on highlighting one of  Dorchester’s varied neighborhoods.  It was my pleasure to begin this adventure by spending an evening soaking up the Carruth’s community.  With a snug cafe like Flat Black, a tempting restaurant like Tavolo, a gleaming new T station and a good friend like Larry Gettings, it would be hard to imagine a better way to begin. 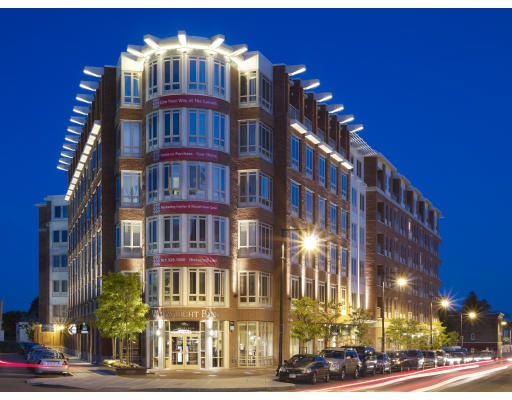 2 thoughts on “Focusing on the Dot with realtor Larry Gettings”